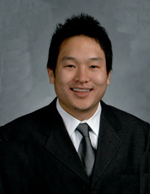 At law school, Tai was awarded with CALI Awards of Excellence in the following subjects: E-Commerce & Banking, Income Tax, Legal Research & Writing II, Civil Procedure I, Corporations, and Immigration Law. Prior to obtaining his Juris Doctorate degree, Tai graduated from Emory University with a Bachelor of Arts degree in 2004. At Emory, he majored in political science and minored in economics.

Having lived in South Korea, Saudi Arabia, India, Egypt, and United Kingdom, Tai brings a diverse background and a set of skills that are useful for the increasingly international character of legal issues. He speaks Korean and Arabic with intermediate proficiency.

In addition to individual and joint chapter 7 and 13 bankruptcies, Tai has represented individuals in adversary proceedings in a multi-million dollar estate and is co-counsel for a chapter 11 bankruptcy involving a golf course.